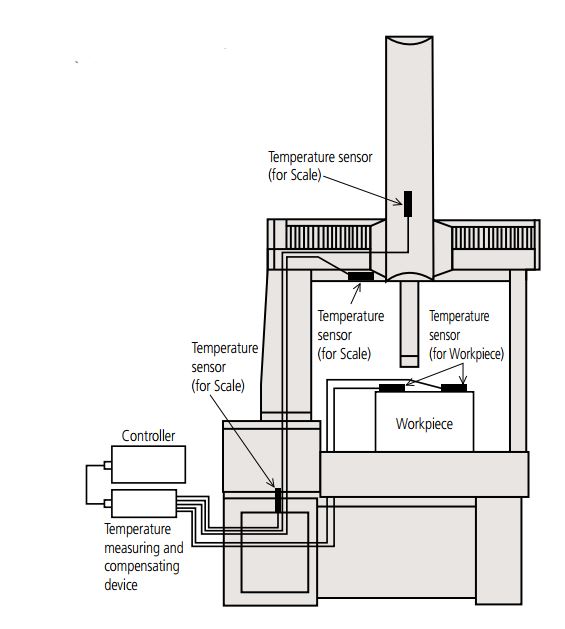 High accuracy in the 1.7 μm class

The CRYSTA-Apex V Series guarantees a maximum permissible length measurement error or E0, MPE, of 1.7+ 3L/1000 μm. Let’s consider a CMM offering E0, MPE of approximately 2.5+4L/1000 μm, which would generally be considered high-accuracy. If, for example, the required tolerance on a dimension is ±0.02 mm, the uncertainty of this machine would exceed one-fifth of this value* ( ±0.004 mm, as shown on diagram at right) for any measured length over 375 mm. In contrast, with the V Series, the measurement uncertainty remains within one-fifth of the required tolerance for measuring lengths up to 766 mm. Although the difference in the first term accuracy specification between the two machines may seem small (a mere 0.8 μm), the V Series actually offers guaranteed accuracy for more than double the measuring range. 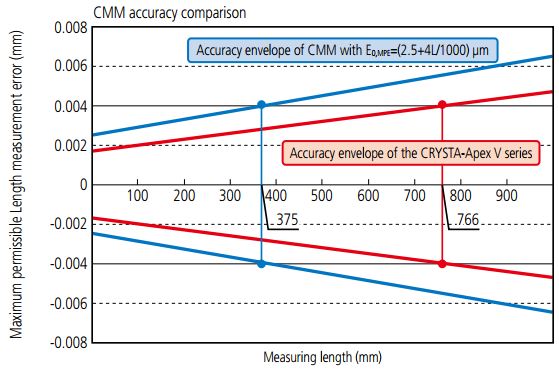 To eliminate causes of dynamic error and deliver high repeatability, data from measurements using scanning probes are processed for stabilization. The probe is kept still for a few seconds when its tip first contacts the workpiece, thereby ensuring that causes of dynamic errors are eliminated as much as possible and making it possible to deliver highly accurate measurement results. 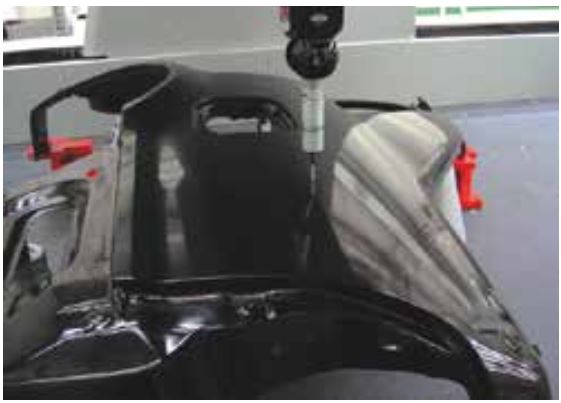 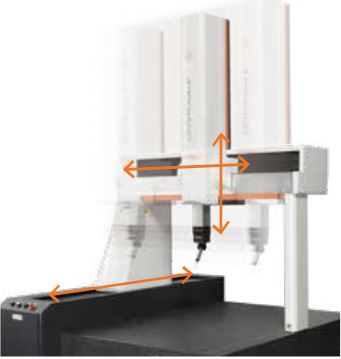 The V Series is equipped with a measurement feature that allows users to specify scanning measurement paths (design values). This feature allows for high-speed, high-accuracy scanning by correcting dynamic errors that would otherwise be produced by acceleration and deceleration stresses. Measurement paths can be freely specified for three-dimensional forms as well, which enables intricate workpieces to be measured by tracking precisely along their curved surfaces and contours.

The SP25M is a compact, high-accuracy scanning probe with a 25-mm outside diameter. It is a multi-function CNC CMM probe that can collect data from not only scanning measurements (where the probe moves while in contact with the workpiece to collect massive amounts of coordinate values) but from high-accuracy point measurements as well. 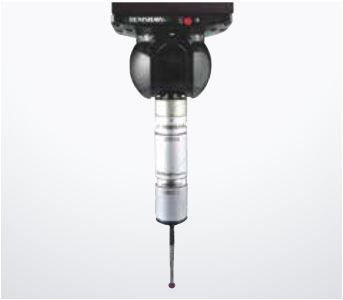 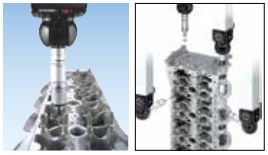 SurfaceMeasure is a laser probe that collects coordinate values of the surface of the workpiece by moving and irradiating laser light over the workpiece. It can quickly obtain massive amounts of 3D surface data. 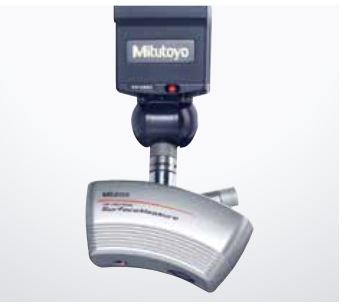 Applications for the CRYSTA-Apex V Series